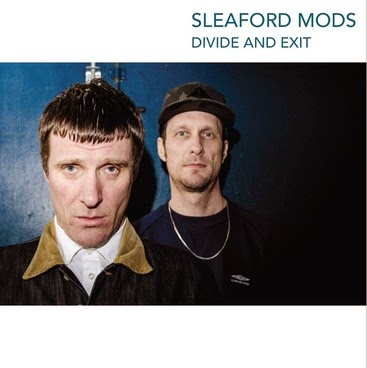 With recordings that could have been done in someone’s bedroom with a couple of old cheap microphones, ´Divide and Exit´ is a refreshing step backwards in terms of being a completely raw and no bullshit album. Jason Williamson is a mod, perhaps more so back in his youth, unsuccessfully joining a number of mod bands. However his crewed somewhere between Ian Dury and Mike Skinner style singing caught the attention of Andrew Fearn and somewhere along the line the two became Sleaford Mods. If you miss the days of fuzzy lo-fi recordings and an angry vocalist rambling about how shit everyday life is, then this band are probably for you. Not concerned with how they come across to the masses it is clear to see that this approach is exactly how they made their name and built a following.