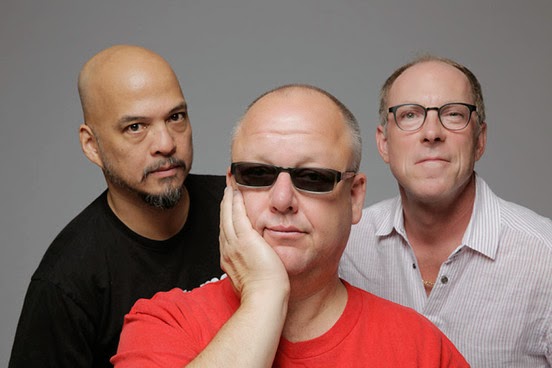 Pixies newly released ‘Indie Cindy’ is their latest album since way back in 1991. Pixies are known Worldwide as a cult band that forged their own sound which distinguished them from most other american bands of the late 80’s / early 90’s era. Having always had very much their own sound, fans have been extremely excited to hear which direction they have gone in such a long period of time.0

The opening track ‘What Goes Boom’ begins with a hard hitting riff short of artistic pretention, kicking the album off to a great start that sounds a little heavier than their previous works. Following this, ‘Greens and Blues’ gives you an instant taste of early 90’s nostalgia, keeping it catchy and memorable, a song you can already hear will be a big part of their live set. One of the key differences on the album is the absence of bassist Kim Deal, who walked out of the sessions in 2012. Whilst Kim not being present has made some noticeable differences to their sound, it has made the album feel more rock based and aggressive.Overall I would say this is an album that has relieved any die hard Pixies fans of any fear that the band might have lost their way. It is also something new fans could listen to and appreciate whilst diving into the back catalogue of Pixies albums.
previous post next post